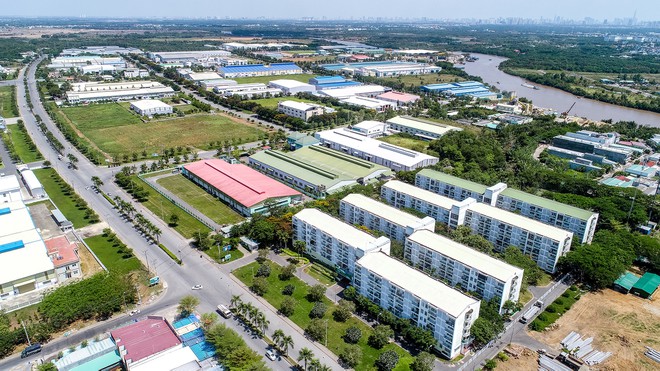 Vietnam is a standout economy in Southeast Asia in terms of being able to capture new supply chains moving near, stated an expert.

The foreign direct investment (FDI) inflows to Vietnam continued to stay positive despite severe Covid-19 impact in the first six months of the year.

The Covid-19 pandemic could not prevent a strong foreign direct investment (FDI) from flowing into Vietnam. Better yet, there has been a growing number of large-scale projects choosing the country as the destination.

A report from the Foreign Investment Agency (FIA) under the Ministry of Planning and Investment (MPI) revealed that the number of fresh foreign-invested projects with registered capital of over US$50 million surged by 73.3% year-on-year in the January-June period.

On the contrary, projects with investment capital of less than US$1 million declined by 47.7% during the period, and by 48.2% for those with less than US$5 million.

Notable big-ticket projects in the six-month period included the Long An liquefied natural gas (LNG) power plants No. I and II worth a combined US$3.1 billion from Singaporean investors in Long An province; US$1.31-billion O Mon II thermal power plant from Japanese investors; or the Polytex Far Eastern Vietnam (Taiwan-China) with an additional fund of US$610 million.

Vietnam has also attracted large-scale projects in hi-tech fields with names such as LG for an injection of US$750 million into LG Display Haiphong; photovoltaic cell technology project in the Jinko Solar PV Vietnam with the addition of US$498 million; and Intel investing another US$475 million into the existing plan in Vietnam.

Co-Head of HSBC’s Asian Economics Research Frederic Neumann said such results are not surprising, given the fact that Vietnam along with Malaysia are two standout economies in Southeast Asia in terms of being able to capture new supply chains moving near.

“We do not think this [foreign investment] is in any way derailed by the Covid-19 pandemic, and if anything, it will accelerate the process. We believe Vietnam will continue to attract very high-quality FDI and you will see more advanced manufacturers moving into Vietnam as well,” Frederic told The Hanoi Times.

Despite a positive result in attracting high-quality FDI projects, the MPI acknowledged Vietnam is facing fierce competition from neighboring countries in this regard.

In the first half of this year, total FDI commitments to Vietnam declined by 2.6% year-on-year to US$15.27 billion.

“As more countries are looking to attract foreign capital to support economic recovery, foreign investors have become more selective in their requirements of land, human, incentives,” noted the ministry.

Vice-Chairman of Vietnam’s Association of Foreign Invested Enterprises (VAFIE) Nguyen Van Toan said a lack of a high-quality workforce is the main reason that investors of two major projects, including Austrian-based AT&S with a US$1.8-billion hi-tech projects, chose Indonesia and Malaysia instead of Vietnam.

On this issue, Frederic from HSBC stated the necessity to upgrade infrastructure to keep up with the country’s export boom and supply sufficient skilled labor force are two issues that Vietnam should tackle.

“One challenge that we often see in the economy that is at Vietnam’s development stage is to move up in the value-added chain and have quality workers and engineers that can be supplied to factories.”

“These are perhaps two key challenges that Vietnam could focus on, rather than tax incentives or other types of investment policies, to boost up its attractiveness in the eyes of foreign investors,” he added.