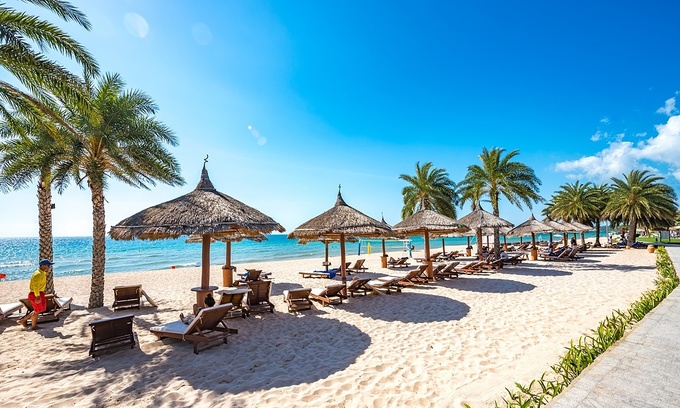 The Politburo has ordered relevant agencies to trial Covid-19 vaccine passports so that foreigners can visit some tourist destinations that have controlled the pandemic like Phu Quoc Island.
The order issued by the main decision-making body of the Communist Party at a meeting Friday chaired by Party chief Nguyen Phu Trong seeks to further the country’s dual goal of containing the pandemic and also sustaining the economy.

The Politburo said Vietnam “has basically contained the outbreaks” and government agencies must speed up vaccination to soon achieve herd immunity.

Government agencies in health and tourism sectors are supposed to work on further details for the plan.

Phu Quoc off the Mekong Delta province of Kien Giang, Vietnam’s largest island, has a population of 102,000 and has become a top tourist destination after the government rolled out a 30-day visa-free policy for foreigners in 2014.

In 2019, the last year before the onset of the pandemic, it received over five million visitors including 541,600 foreigners.

Kien Giang has been Covid-free during the ongoing fourth wave that hit the country on April 27.

The government said last April it was considering allowing foreign visitors with vaccine passports to revive travel and tourism activities.

But with the country grappling with a new wave triggered by new strains, experts are worried about the feasibility of the vaccine passport plan.

Quang Nam Province in central Vietnam, home to UNESCO heritage sites Hoi An town and My Son sanctuary, was the first to seek permission from the government to allow in vaccinated foreign tourists starting July. The government has yet give it approval.

Vietnam closed its borders and canceled all international flights in March last year. Only Vietnamese repatriates, foreign experts, diplomats, investors, and highly-skilled workers have been allowed since with stringent quarantine requirements.

The number of foreign visitors declined by 79 percent last year.