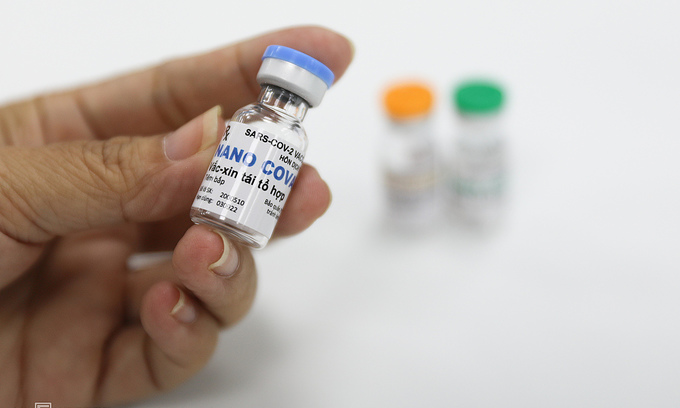 Nanogen, the Vietnamese company which produces the Nanocovax Covid-19 vaccine, is seeking approval for its emergency use.

Ho Nhan, chairman of the management board and general director of Nanogen, said Tuesday that the company has filed the proposal for approval with Prime Minister Pham Minh Chinh last week, but has received no response so far.

Among them, Nanocovax is considered to be the most promising candidate, having entered its third phase of human trials with around 13,000 volunteers. Over 1,100 volunteers have been inoculated so far.

Nanogen said its Covid-19 vaccine has a 99.4 percent rate of producing immunogenic responses. Its expected price would be VND120,000 ($5.21) per shot.

Nhan said the company could produce 8-12 million vaccine doses a month, and a production chain upgrade after October could catapult productivity to up to 50 million doses a month. By 2022, it would be able to produce 100 million doses, he added.

Vietnam aims to secure 150 million Covid-19 vaccine doses this year from various sources to cover 70 percent of its population. Its ongoing Covid-19 vaccination campaign has inoculated over 1.5 million people so far using the AstraZeneca vaccine.

The country has approved several Covid-19 vaccines from abroad for emergency use, including Sputnik V by Russia, Pfizer/BioNTech by the U.S. and Sinopharm by China.